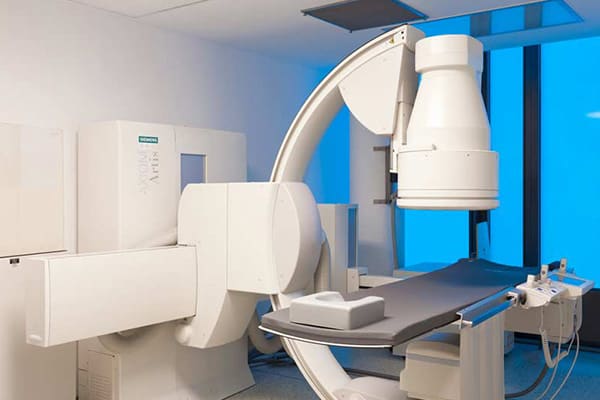 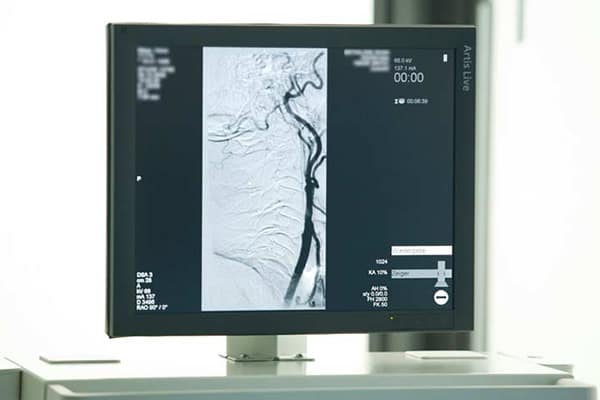 Angiography takes place if vascular diseases seem to be the cause of complaints. During angiography, veins, arteries, lymph vessels or vascular prostheses can be examined. Examples for the indication of angiography are:

It is crucial to assess if the patients undergoing an angiography examination have a blood coagulation disorder / coagulopathy (blood test), an allergy to contrast agents, an illness making the performance of an angiography difficult or impossible, or if they take drugs manipulating the angiography.

At the day of the examination, patients have to have an empty stomach and are not allowed to smoke for a couple of hours prior to the examination. After a skin disinfection and local anesthesia, if necessary, the contrast agent is injected directly into a vessel or through a catheter guided to the vessel to be examined. In case of a catheter application, also therapeutic procedures are possible, for example, vascular dilatation by a balloon, stent placement or glue usage for the repair of damaged vessels.