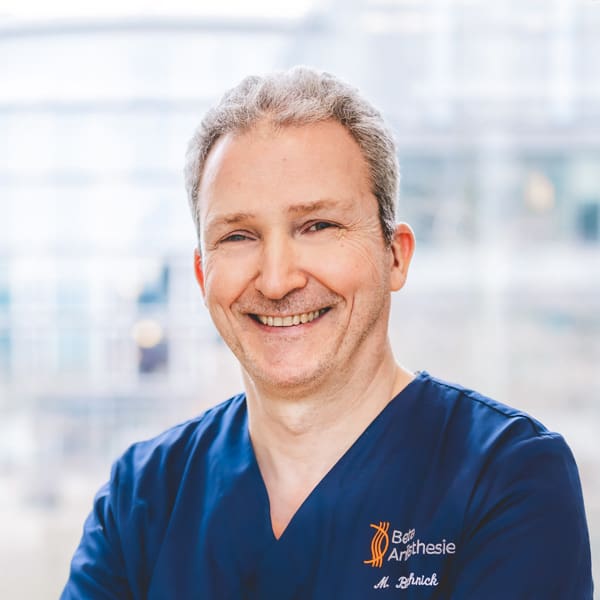 After graduating from high school, Michael Bochnick served as a professional soldier in Hamburg for two years.  He studied Mathematics and Physics at the University of Bonn from 1980 until 1983. In 1983 he changed degree programmes and studied medicine at the Universities of Cologne and Bonn until 1989.  He successfully passed the state examination in 1989.

Michael Bochnick started his specialist training at the Malteser Hospital in Bonn in 1990 where he stayed until 1991.  He then moved to the Johanniter Hospital in Bonn where he successfully finished his specialist training.  He stayed on there and attained a further qualification in the area of emergency medicine.  As part of his studies, he carried out various internships abroad and trained in Salisbury, Great Britain amongst other places.

Michael Bochnick has been an established self-employed anaesthetist since 2000 and has worked as the head anaesthetist of The Beta Klinik on the Bonner Bogen since its founding.